Ride-hailing platform Ola is looking at taking the limelight in the world of electric scooters and is racing towards completing what would be the world’s largest 500-acre manufacturing facility for e-scooters in the Sipcot area in Krishnagiri District of Tamil Nadu. It is also around 150 kilometers away from Bengaluru where Ola has its headquarter. Apart from the mass production of these vehicles, the factory in Tamil Nadu would also be a source of massive employment with Ola Electric Mobility Pvt aiming at catering to not just the domestic market but supply overseas as well.

A two-and-a-half-hour drive southeast of Bangalore, Bhavesh Aggarwal’s envisioned $330 million mega-factory marks a bold foray into uncharted territory for an entrepreneur who’s spent 10 years building a ride-hailing giant. His follow-up Ola Electric is getting into an electric vehicle market already crowded by names from Tesla Inc. to China’s Nio Inc. — albeit with a humble two-wheeler initially — but that could play in a $200 billion domestic EV industry in a decade.

Also, Read This: Fight Between India And China Over Tesla Manufacturing

If all goes according to plan, his Ola Electric Mobility Pvt hopes to make 10 million vehicles annually or 15% of the world’s e-scooters by the summer of 2022, starting with sales abroad later this year. That would be one scooter rolling out every two seconds after the plant expands next year. It’s the first step in Aggarwal’s goal to eventually assemble a full line-up of electric cars in a boost for Prime Minister Narendra Modi’s Make in India and sustainable mobility ambitions.

The entrepreneur takes inspiration from the likes of Tesla, Nio and Xpeng Inc., which have out-engineered established auto giants with ever-cheaper batteries and over-the-air software capabilities, but he’s taking a different tack. He wants to sell affordable two-, three- and four-wheelers for urban rides. “Our ambition is to build the world’s leading urban mobility EV company,” he said.

Ola Electric is Aggarwal’s second act. A decade ago, he pioneered ride-hailing in the country and took on Uber Technologies Inc., expanding across 200 cities before heading overseas to the U.K, Australia and New Zealand. His EV startup was incorporated in 2017 and became a billion-dollar company, or unicorn, two years later, when SoftBank Group Corp. and Tiger Global Management forked out hundreds of millions. It was the second time for the pair of global investors, even though Aggarwal had fought them to maintain control of Ola.

This time round, he’s even more firmly in the driving seat. He’s also secured capital from Hyundai Motor Co. and Kia Motors Corp. and recently won over more backers whose names he wouldn’t reveal.

Aggarwal, who often interrupts himself to ask “What do you think?” wants to introduce five two-wheeler models at the outset, including mass-market, premium, and self-balancing versions. Even more audaciously, he wants to get the first electric cars on Indian roads in 18 to 24 months. He talks about someday selling autonomous vehicles and futuristic four-wheelers that don’t look like cars.

Electric vehicles now comprise fewer than 1% of all automobiles sold, estimate consultancy KPMG and the Confederation of Indian Industry. In India, battery-powered scooters could account for between a quarter and 35% of the two-wheeler market by 2030, and three-wheeled vehicles — popular locally — 65% to 75% by then.

Also, Read This: To Further Cut Dependency On China, Concor To Start Using ‘Made In India’ Containers

Vehicle affordability could be key to cracking the Indian market, and it boils down to the running cost per kilometer. Aggarwal’s not revealing prices yet but said his product would compete with traditional scooters going for about $1,000 apiece. “We’ll drive costs down by playing at scale.”

To keep costs in check, Ola is designing, engineering and manufacturing its own battery pack, motor, vehicle computer and software. Like Tesla, it wants to keep costs down by building its own power cells. It’s testing charging solutions and battery-swapping stations. Last year, it acquired Amsterdam-based smart scooter startup Etergo BV to jumpstart its own scooter manufacturing.

Ola’s factory site will sport more than 3,000 robots working alongside 10,000 workers. Software built by its 1,000-member team — mostly engineers — will divvy up the work. Ola said the factory was sustainable — with a mega-block with solar roof-top, the factory is powered by solar and renewable energy, carbon negative, two-acre central forest inside the mega-block, 100 acres forest on the site and every tree protected during construction and transplanted. 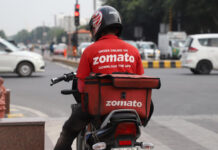 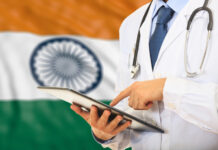 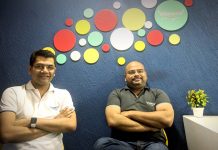 Stanza Living Gets Over USD 100 MIllion From Falcon Edge Capital 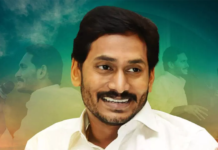 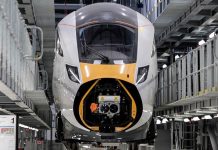 Newly Approved Namma Metro Phase 2A, 2B Will Link The IT... 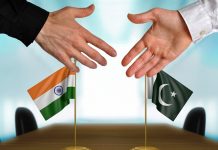